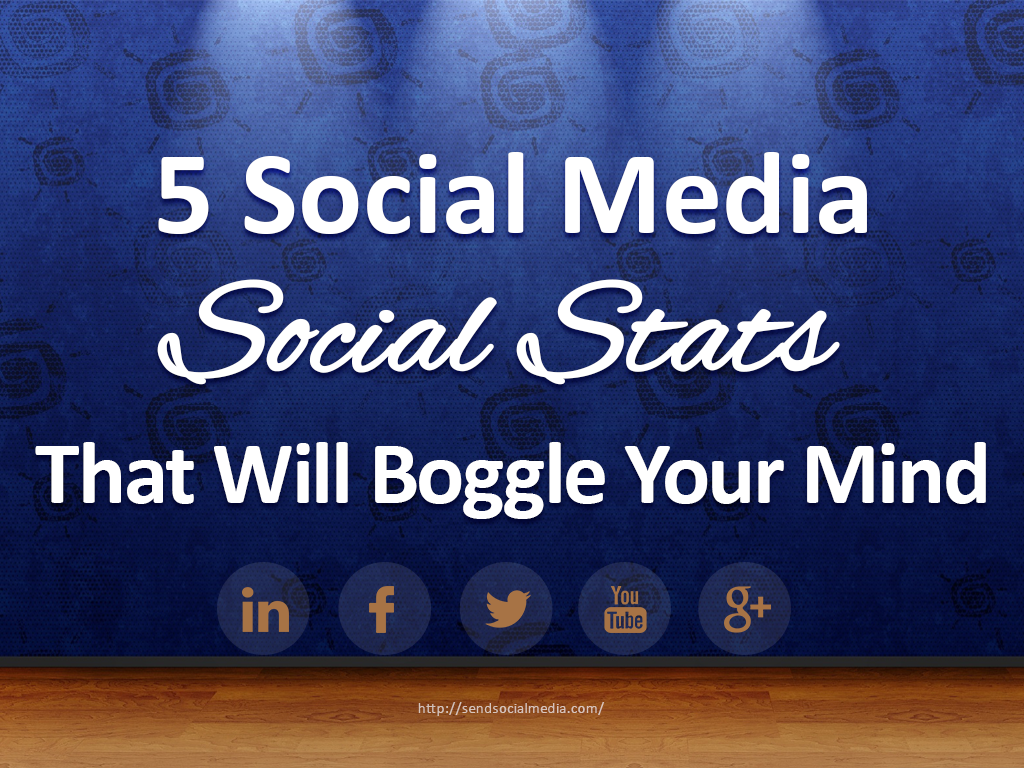 While we’re still early in the year, 2015 looks like it’s going to be another very exciting year for social media. Although the concept of social media has definitely come of age, that doesn’t mean it’s on its way out. On the contrary, because social media has become so woven into our daily activities, there’s lots of room for new uses and technologies.

Since this is a truly mind-boggling stat, feel free to stop for a second and reread it. From another angle, this means that people are simultaneously watching 3,042 hours of YouTube videos on Facebook every second of the day. If you needed motivation to invest marketing efforts in Facebook and/or YouTube, this should be what does it for you.

Although plenty of companies spend time promoting subjects on Pinterest that are designed to appeal to men, the reality of this specific social network is that it’s driven by women. So if you’re looking at how to best utilize the limited amount of time that you have to devote to social media, it makes sense to target your Pinterest efforts in a way that directly speaks to women. As you’ll likely see in your social media analytics, going this route is the best way to find Pinterest success.

Would you ignore 7 out of every 10 people who walk into your business with a question? Of course not! Unfortunately, that’s what most companies are doing in regards to their Facebook pages.

Over 6.8 Billion People Own a Cellphone

Over the past few years, the surge of mobile Internet usage has only continued to increase. And because basically everyone in the world owns some type of cellphone, this trend is only going to continue going forward. As mobile Internet speeds get faster and mobile technology improves  even more, the amount of time spent using a mobile device for social media posting and other activities will become even greater.

Specifically, they’ve crossed the 1.3 billion user mark. So regardless of what kind of demographic your business wants to reach, it’s safe to say that they are on Facebook.

So, what do all these stats mean for your business? The most important takeaway is that your business needs to make social media a priority. If you want to ensure that you’re not missing out on all the opportunities provided by social media, the best way to get on the right track is with help from our social media dashboard.